Travelling up to Durham Blackboard Users Conference I had plenty of time to reflect on previous times I've made this journey. During my 8 years at LJMU I was a regular attendee and got to know, and become friends with, many people in the community. Recently employed at another university, using a different VLE meant that I've not attended for two years. Now I'm back as I'm working at the University of Liverpool within the eLearning Unit. Supporting and using Blackboard, Mobile Learn and the relatively new BB Student.

The pre-conference session I attended was the Blackboard Mobile User Group led by Peter Rayment (online) and facilitated by Gillian Fielding. The sessions was delivered at a distance using Blackboard Collaborate Ultra for virtual attendees. Representatives from 19 HE & FE institutions across the UK & Northern Ireland shared their experiences in promoting and supporting the range of mobile apps supplied by Blackboard: Mobile Learn, BB Student & BB Grader & Mosaic.

The BB Student App was launched in January 2016. Initial impressions were positive. The app had a clean, modern interface, gesture support, is available on  Windows platform, presentation of some content was clearer including native support for Discussions and Quizzes. However, for many, further investigations indicated that there was still some way to go before the app could fully replace Mobile Learn. The majority of user group attendees reported that limitations such as no journal support, lack of Turnitin calendar integration, notification issues, no statistics, etc has curtailed widespread promotion of the app. In response to this, I collected a few of the issues and created a poll on Twitter. Let the #durbbu community provide guidance for Blackboard in where they should focus their energies. (there may have been more options, but i'm limited by Twitter functionality!)

#durbbu Which piece of functionality would like to see in the new BB student app?
— Alex Spiers (@alexgspiers) January 4, 2017


Clearly we can see that Turnitin calendar integration is high on peoples agendas. It is of some concern that the app doesn't pick up the due dates from a Turnitin assignment and instead presents the user with this image and the message "Nothing Due! Phew! Breather a sigh of relief" 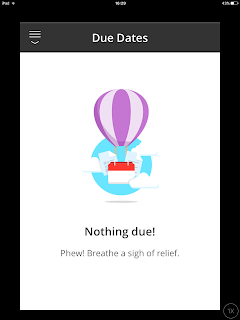 Perhaps in the interim, this message could be adapted to indicate there may be other assessments due. Blogs, journals and wikis are tools that really can leverage the functionality of your phone or tablet. Capturing text, audio, video and images on a student device, wherever they are, is fundamental to mobile learning. So its unfortunate that this functionality isn't in the app and according to the road map, someway off. Adding this may provide a valuable pull for students and staff to engage in the app and the opportunities afforded of learning on the go. Analytics and Tutor access view are other features lost int he move from Mobile Learn.

Some remote attendees provided their suggestions on how the app could develop.

I haven't even touched on the BB Grader app! We are unable to promote it due to it no longer being supported, lacks functionality and has some bugs which will be addressed in the new BB Instructor app. Perhaps it shouldn't come as too much of a  surprise that some institutions are reluctant to push the BB student app. Waiting instead for the app to mature and the Mobile Learn functionalities to be added. Against the backdrop of the issues mentioned above, there is also the thorny issue of how you promote mobile access to a VLE  and associated functionality, spread across two different apps?  A significant challenge to the most experienced marketing manager never mind your average learning technologist I suspect.

This is why user group meetings are crucial and why Durham in particular is so valuable. Attendees are willing to share, warts and all, the experiences going in their institutions. Not in a negative way but to help the make the product better and more responsive to the needs of our staff and students. Why? Because we are professionals and we care deeply about these issues, and the people we support. Hopefully our collective voices are heard together and can elicit positive change. 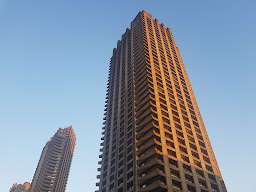